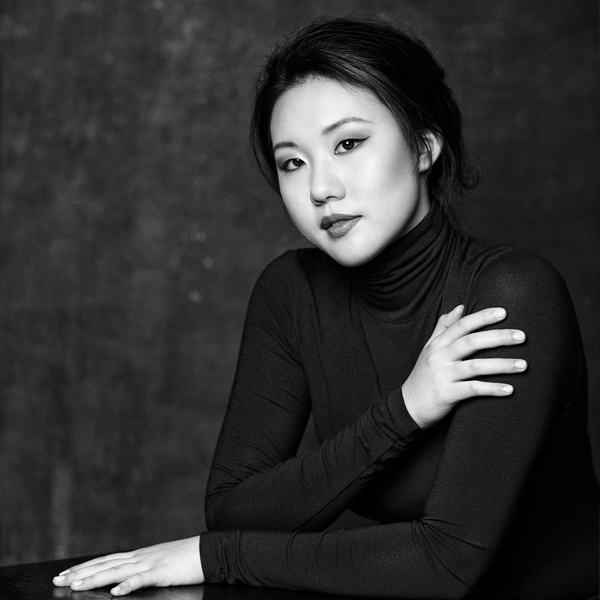 Yundi Xu is a Berlin-based Chinese pianist who studied in Paris with Frank Braley, Emmanuel Strosser and Jacques Rouvier, and in London with Christopher Elton and Diana Ketler.

Born in 1998, her emphasis on romantic repertoire started since her earliest age and on French repertoire due to her ten years of living in France. As well as a soloist, she is an experienced chamber musician – from piano four hands to string quintet – which brings her a complete panoramic of a fulfilled artist.

She has performed at Salle Gaveau, Petit Palais of Paris (France), The Prince Radziwill Hunting Palace of Antonin (Poland), Bolshoi Theater of Moscow (Russia), Heydar Aliyev Center of Baku (Azerbaijan), Palais des Beaux-Arts of Charleroi (Belgium), Meng Minwei Concert Hall at Tsinghua University of Beijing and Xinghai Concert Hall of Guangzhou (China), National Concert Hall of Taipei (Taiwan), Joan and Irving Harris Hall of Aspen CO, Seiji Ozawa Hall at Tanglewood MA, and Popejoy Hall of Albuquerque NM (USA). She also has performed at the Ravel de Montfort L’Amaury and Bon Anniversaire Monsieur Chopin festivals in France, and the XIV Moscow Welcomes Friends International Music Festival in Russia. Her performances of Ravel and Chopin were broadcast on radio station “Musiq’3” of Belgium early 2019 and she will appear on Deutschland Radio and Westdeutscher Rundfunk WDR of Köln late 2019. During the season 2019-2020, she is a member of the “Young Talents” program of Philippe Jaroussky Music Academy, based at the Seine Musicale in Paris.

Yundi has received guidance in master classes from Gary Graffman, Arie Vardi, and Stephen Hough. She was a fellow of the Aspen Music Festival and School during summer 2018 under the Polonsky Foundation Fellowship, and the 2019 Tanglewood Music Center, where she has worked with artists such as Paul Lewis, Kirill Gerstein, and composers such as Thomas Adès, and performed world and American premiere pieces.

She started playing piano at the age of three in Beijing, and won her first piano competition “MIDO” in Paris at 4-years-old. After moving to Paris in 2007, she studied at the École normale de musique d’Alfred Cortot as well as Paris Conservatory (CNSMDP), where she obtained her bachelor and master degree at 19-years-old. She continued her studies at the Royal Academy of Music in London under the Benjamin Dale award and Frederic Jackson award scholarships.

From October 2019, she studies at the prestigious Hochschule für Musik “Hanns Eisler” in Berlin for the Konzertexamen doctoral degree with the renowned Prof. Eldar Nebolsin.