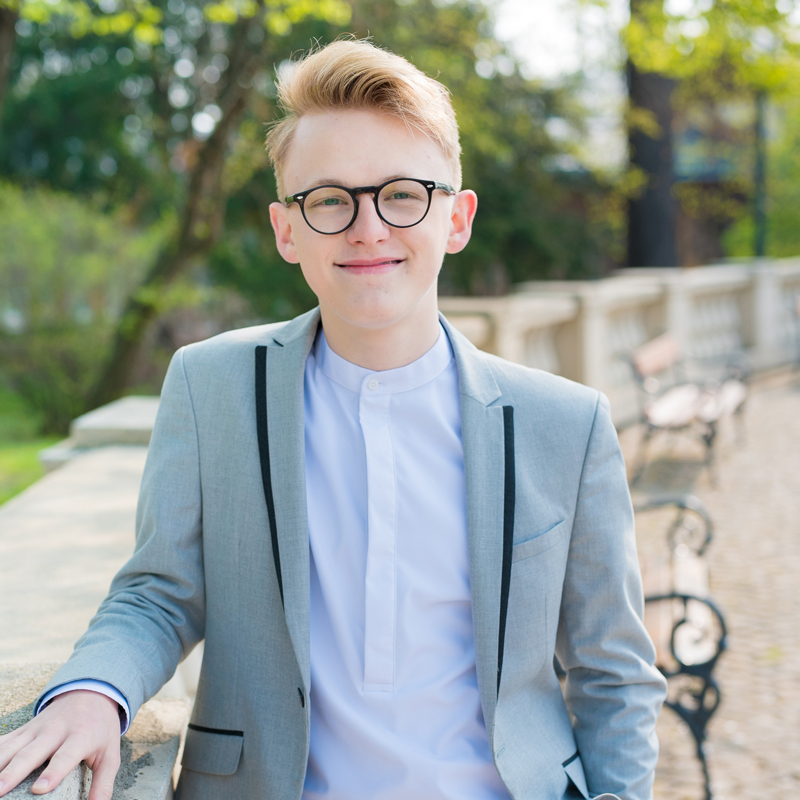 Jan Čmejla was born in 2003 in Prague. He has been playing the piano since the age of six, and since his eight years he also has studied composition. He got the first musical education at the Music School of Ilja Hurník and at the Secondary School and the Music School of the City of Prague, where he studied under the guidance of professor Taťána Vejvodová and Lukáš Klánský. Since 2018 he has been studying the Prague Conservatory under the guidance of Prof. Eva Boguniová.

Jan has won several music competitions, such as the international competition Virtuosi per musica di pianoforte in Ústí nad Labem (2013, 2018), Chopin for the Youngest (2015), Novak International Piano Competition (2015), Peter Toperczer International Piano Competition Košice (2017; 2nd prize), Beethoven’s Teplice (2018) and Concertino Praga (2019). He is a laureate of the prestigious prize “Golden Nut“ (2013) addressed to the most talented children in the Czech Republic and of the Kern Foundation Prize awarded by excellent Russian pianist Olga Kern.

His artistic inspiration is the Chinese pianist Lang Lang, with whom he personally met in Vienna as a participant in the Allianz Junior Music Camp 2015, which is annually dedicated to a dozen selected talents from around the world.