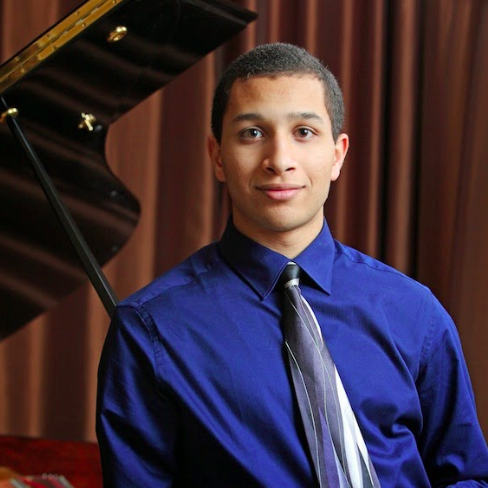 Benjamin Gittens began his piano studies at age four. Benjamin has won numerous competitions and awards, including the Grand Prize, First Prize, and the Best Romantic Performance of the Carmel Debut International Piano Competition, First Prize in the Lana M. Bailey Piano Concerto competition, Second Prize in the Chopin Youth Piano Competition, the National Federation of Music Club’s Stillman Kelly Award for Region One of the United States, and the Dare to Dream College Scholarship in 2014. In 2013, he won first prize at the DePauw Young Artists Piano Competition, first prize in the Southwest Ohio District Pre-Collegiate Buckeye Competition, was a winner in the Dayton Public Radio Young Talent Search, and was the First Prize winner in the Concerto competition for Keyboard Division of the Blue Ash Montgomery Symphony Orchestra Concerto Competition which gave him the opportunity to perform as a soloist with the Blue Ash Montgomery Symphony Orchestra. He has also won many Merit Awards for piano institute attendance at the College – Conservatory of Music in Cincinnati, the University of Indiana Summer Piano Academy and the Bowling Green State University Summer Piano Institute. More recently he was winner of the Southern Adventist University Concerto Competition and will be performing with the University Orchestra in February. He is currently a Piano Performance Major at the College-Conservatory of Music and studies with Michael Chertock.